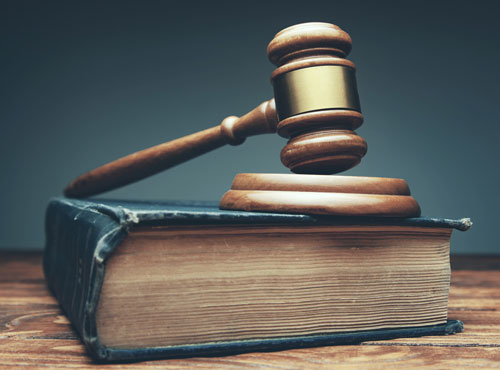 Thousands of college students on campuses across the country face Title IX related accusations of sexual misconduct every semester. While many of these charges borrow language from the world of the criminal justice system, such as “sexual assault” and “rape”, the disciplinary structures put in place on many universities to handle these types of accusations, are very different than the U.S. justice system.

Far too often, the rights of the accused are not properly protected during the handling of these cases, and many who are facing these types of charges are left to feel like they’ve not been given fair due process. This is extremely important as charges like these can ruin a young student’s future, often resulting in suspension, loss of financial aid, and expulsion.

A federal civil rights law passed as part of the Education Amendments of 1972, Title IX was enacted to fill an existing gap in the Civil Rights Act of 1964, which prohibited discrimination based on race, color, religion and national origin, but not gender. Under Title IX, all federally funded education programs are prohibited from discriminating based on sex.

Supreme Court decisions issued in the 80s and 90s made it clear that sexual assault and harassment were considered forms of sex discrimination, and in 2011, President Obama’s administration issued guidelines reminding schools of their responsibilities under Title IX in redressing sexual assaults on campuses.

Sexual assault and gender discrimination are serious problems, and everyone deserves to feel safe and that they have the same opportunities as everyone else. Title IX has played an important role in helping to champion those issues. But schools aren’t always properly equipped to fairly investigate and adjudicate these types of cases, and inadequate disciplinary processes can mean innocent people have their rights trampled upon.

Because universities are primarily educational institutions and not criminal justice institutions, they do not always have the best structures in place for ensuring a fair process for dealing with these types of cases. On top of that, there is no standard disciplinary model in place across all institutions, these proceedings largely vary depending on a specific college’s individual policies.

Critics of the ways that many colleges handle these types of cases tend to focus on the fact that many educational institutions use a very low standard of proof: preponderance-of-the-evidence. Under the preponderance-of-the-evidence standard, the defendant can be found liable if the adjudicator determines that the evidence shows there is at least a 50% chance the defendant committed the act they are being charged with. For criminal cases, the standard is beyond-a-reasonable-doubt, which is a much higher standard.

The preponderance-of-the-evidence standard often shifts the burden onto the defendant, putting them in a situation where they have to prove their innocence, instead of the person making the accusation having to prove the guilt of the defendant. In the U.S. we place a great deal of importance on the concept that someone is innocent until proven guilty. The often inadequate standard of evidence used by most universities flips that concept on its head. And considering the very serious consequences that can result in these types of cases, that means the lives of many innocent people will be negatively affected.

If you are a college student facing a Title IX complaint, do not try to handle this matter on your own—you need experienced help in protecting your legal rights. Perhaps you are totally innocent of the allegations, or perhaps you have an explanation which needs to be heard. The highly experienced Boulder OIEC defense attorneys at Mertes Law can handle any Colorado student school district conduct complaints, including those involving assault and sexual conduct matters. Contact Mertes Law today at 303-440-0123, or by filling out the contact form on this page for a free consultation. We can help you fight these serious charges.