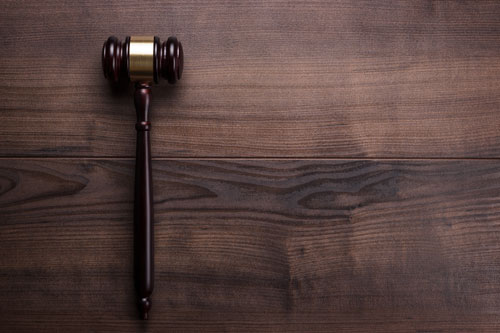 Signed into law in 1972, Title IX prohibits gender based discrimination in educational institutions that are federally funded. Initially created to make sure that female students would have the same access to education that male students had, the law turned it’s focus to equality in athletics in the 1980s, and in the 1990s expansions to the law focused on sexual harassment. At that time, the courts took a look at the questions surrounding the idea that harassment would work as a barrier to equal educational opportunities for women. The courts decided that harassment would create barriers to education, that educational institutions had a clear responsibility to investigate accusations of sexual misconduct, and that ignoring that responsibility could lead to a loss of federal funding.

The Problems with the Title IX Investigation Process

So what exactly are the problems with the Title IX investigation process? At the heart of the issue is the idea that institutions of higher learning are not properly equipped to investigate what are essentially accusations of criminal conduct, and are certainly not equipped to hold court and pass judgement on those accusations.

For the people accused of sexual misconduct, also known as Title IX sexual misconduct respondents, the process can often seem to lack due process protections. The federal government has not clearly laid out how these investigations should be conducted, so the process varies from institution to institution. In some environments, the rules can seem to favor the student making the accusation, and that manifests itself in a process that does not provide the same fairness as a criminal investigation.

For the students making the accusation, the disorganization of the process can lead to an unnecessarily traumatic reliving of the alleged assault.

If you are facing Title IX sexual misconduct accusations, it is important to contact an experienced attorney who has handled these types of cases before. The right attorney for this kind of situation should pay close attention to the facts of your individual case. These types of cases can vary in their details, so it’s important that your attorney focus on the specifics of your individual situation and the accusations against you.

The right attorney will also be able to explain the process and the school policies for the institution that is handling your case, be able to prepare you for your hearing, assist in communicating with the investigators, create documents and written statements on your behalf, and help with an appeal should that need to occur.

If these accusations have also led to criminal charges, it’s important that your attorney be comfortable handling criminal defense cases as well, so that they’ll be able to help you navigate the criminal justice system in such a way as to ensure that your rights are protected.

If you are a college student facing a Title IX complaint, do not try to handle this matter on your own—you need experienced help in protecting your legal rights. Perhaps you are totally innocent of the allegations, or perhaps you have an explanation which needs to be heard. The highly experienced Boulder Title IX respondent attorneys at Mertes Law can handle any Colorado student school district conduct complaints, including those involving assault and sexual conduct matters. Contact Mertes Law today at 303-440-0123, or by filling out the contact form on this page for a free consultation. We can help you fight these serious charges.