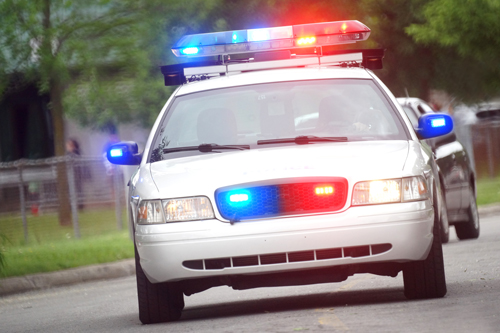 Colorado is one of the only states that has a mandatory arrest policy for domestic violence cases. In most states, it is up to the officer investigating a domestic violence call, to evaluate the situation and determine for themselves if it is dangerous enough to require that someone be arrested and removed from the household, in order to prevent further harm. Learn more about Colorado Mandatory Arrest Law below.

But Colorado is different. In Colorado, police officers are required to make an arrest in cases where they believe there is probable cause that a crime related to domestic violence has been committed.

Many critics of the Colorado law claim that the indicators used to determine if there is probable cause are overly broad and poorly defined, and that the law has evolved in such a way as to result in unintended, negative consequences in many situations.

Colorado’s mandatory arrest police was outlined in C.R.S 18-6-803.6 which was enacted in 1994. The original intent of the policy was to motivate authorities to take the issue of domestic violence more seriously, and also to provide protection to the victims of abuse, and prevent further harm.

And in many cases, it does protect people and save lives. In situations where the victim is almost certainly in danger of being abused further by an out-of-control partner, it makes perfect sense to remove the abuser from the situation in order to protect abused. The problem is, this isn’t always the situation that police officers are called in to investigate.

Five signs are used by police as indicators of probable cause of a domestic violence crime: revenge, punishment, coercion, control and intimidation. If an investigating officer suspects at all that any of these factors play a role in the domestic dispute situation they are investigating, they are legally obligated to arrest the person accused of the alleged abuse.

These indicators, while meant to give officers the tools they needed to protect people, actually created gray areas where it’s hard to know how to proceed, and whether or not there is actual danger. Since police often want to error on the side of caution, this has turned into an almost automatic arrest policy that has led to a lot of collateral damage for many people.

There are a number of documented cases in Colorado, where people who have been involved in some kind of domestic dispute, disputes typically not at the level of actual domestic violence, have been arrested and prosecuted, and left to face some very negative consequences.

In one case, a woman, separated at the time from her husband, found flowers in his home that he had purchased for a different woman he was dating during the separation. The wife became upset, and threw the flowers across the room. The husband called the police and the woman was arrested, later pleading guilty to domestic violence, not realizing that having a domestic violence charge on her record would, years later, prevent her from some areas of employment.

In another case, a bi-polar woman in the middle of a mental crisis, was arguing with her daughter when her husband attempted to break up the altercation. The husband called the police hoping for some kind of crisis response assistance, but since the husband had scratches and a ripped shirt that were noticed by police once they arrived, the woman was assumed to be the aggressor in a domestic violence dispute, and was arrested. Her husband had hoped to receive help for his mentally ill wife, but instead she was arrested and ended up with a life-changing criminal record.

Not only is mandatory arrest part of the law, if domestic violence is proven, there is a mandate that the district attorney must prosecute the case as a domestic violence charge, even in situations where, due to the circumstances, it would be appropriate to prosecute on a lesser charge like harassment.

That means people who don’t deserve it, often end up with a serious and stigmatizing criminal background, that can prevent them from getting jobs and housing, and even prevent them from ever exercising their second amendment rights again.

While the law was originally intended to give the police better tools to protect the victims of domestic violence, it has evolved into a blanket punishment that unnecessarily ruins the lives of many people.

Fortunately many on both sides of the domestic violence issue recognize the problems inherent in the law, and there are discussions happening on making changes to the law to address those problems.

If you have been charged with domestic violence, it is imperative that you contact an experienced Boulder criminal defense attorney (even before you speak to the police) so that your rights and your future will be protected.

Don’t delay in calling a knowledgeable Boulder criminal defense attorney from the Mertes Law Firm who can guide you through the process while looking out for you. Call us today at 303-440-0123, or fill out the contact form on this page to schedule a free consultation.