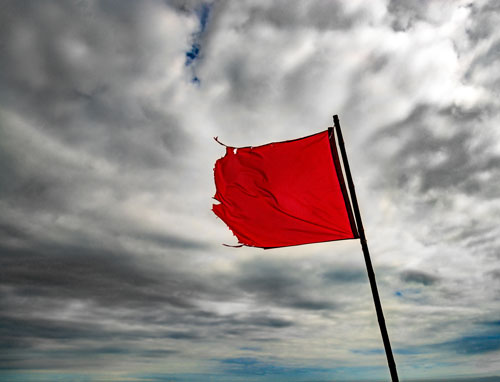 Colorado’s red flag law went into effect on January 1st, 2020, and already within the first month of the new year, it has proven to be very controversial. While the law is similar to red flag laws in 17 other states, more or less, there are serious concerns raised by critics that the Colorado version infringes on the due process rights of the accused, and that there are potentially unconstitutional aspects to the way it will be enforced.

What is the Red Flag Law?

In the United States, red flag laws are gun control laws that permit authorities and family members to petition a court to issue for the removal of guns from someone who is seen as a potential danger to themselves and/or others.

A judge determines whether or not the weapons should be confiscated, and for how long. Refusal to comply with the confiscation is a criminal offense. As of the start of 2020, 17 states and the District of Columbia have enacted red flag laws.

Colorado’s red flag law, HB 1177, was signed into law by Governor Polis in April of last year, and it took effect on the first of January. Critics of the law say that it could possibly infringe on constitutional protections safeguarding due process for the accused, in civil and criminal proceedings.

When firearms are initially confiscated, the accused does not have any opportunity to respond to the allegations, or cross-examine the accuser, before the property of the accused is taken. Critics see that as a potentially unconstitutional infringement on the second amendment rights of gun owners, without due process.

Also, many claim that Colorado’s red flag law allows too wide a variety of associates to petition the court for the “extreme risk protection order” required to confiscate the guns, because the definition of who is considered a family member is too broad.

The law includes as family, not just immediate blood relatives, but also former romantic partners, ex-spouses, roommates and more. That is seen by many as an invitation for people to abuse the system, and use it to exact revenge on innocent people by making false accusations against them. That could leave those innocent people incorrectly stigmatized as a danger to the public, and ruin their reputations and lives.

In just the first half of the first month of the new year, there were already five cases where the red flag statute has been used to request the removal of guns from their owners, and all of them were under extremely different circumstances.

In one case, which just also happened to be the first time the new law had been invoked, a Denver man arrested in a domestic violence dispute, who at the time of the arrest appeared to be suicidal, had a petition made against him by a local police sergeant. That filing was granted, and the man agreed to have his weapons taken for a year.

A second case involved Susam Holmes, the mother of a 19-year-old man who was shot and killed in 2017 by a Colorado State university police corporal named Phillip Morris. Holmes tried to have Morris’s gun confiscated, claiming that he used it to “recklessly and violently threaten and kill” her son. The case was thrown out and called an abuse of the system, because Holmes had falsely indicated on her petition that she and Morris had previously had a child together.

Another case in Larimer County involved an inmate named David Gatton who had previously made comments while incarcerated, about his desire to commit a mass shooting. An investigator with the Sheriff’s Office filed a petition asking that should Gatton be released, he be prohibited from buying weapons. That request was granted.

If you’ve been arrested and charged with domestic violence, it is important to fight these serious charges aggressively to protect your future. WIthout an attorney on your side, you may be unable to see your children, return to your home, or maintain your friendships. Don’t delay in calling a knowledgeable Boulder criminal defense attorney from Mertes Law who can guide you through the process, looking out for your rights and your future along the way. Call us today at 303-440-0123, or fill out the form on this page.