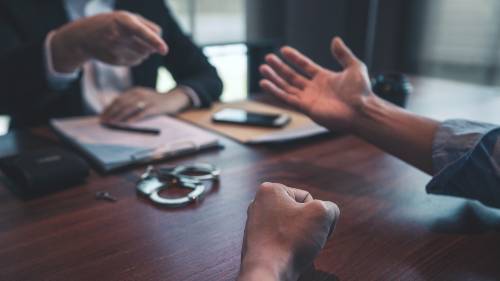 Colorado’s red flag law went into effect on January 1st, 2020, and already in the first month an extreme risk protection order (ERPO) was granted in Denver which resulted in, according to court documents, a man agreeing to surrender two of his handguns for a year.

Initially, the Denver resident was scheduled to appear in front of the Denver Probate Court for a hearing that would decide whether or not the man’s guns were indeed going to be confiscated. That hearing was canceled by the man and his lawyer, who both agreed that the evidence in the case supported the request to keep the guns, which had been made by the Denver Police Department.

According to signed court documents, all parties involved felt that there was clear evidence that the man posed a real risk of causing harm to himself or others, and that he should not have any guns in his possession, or be allowed to purchase new weapons, for a year.

This case came about on December 29th, when Denver police went to the man’s residence after receiving a call about a domestic disturbance at his address. During the call, the man’s wife claimed he had struck her. Police found the man, who was apparently intoxicated and making suicidal remarks while being in possession of a firearm.

After attempts were made to place the man at the Swedish Medical Center for a mental health hold were denied by the center due to the man’s level of intoxication, police instead took him into custody, and confiscated the weapon he had on him at the time of the interaction with the police. A second gun owned by the man was later confiscated at the man’s home, after the granting of a mandatory protection order.

The red flag petition order was filed by a Denver Police Department sergeant in an attempt to keep the guns out of the man’s possession. The judge granted a temporary protection order, and the hearing that had been scheduled to occur was to determine if an extension of the temporary order was appropriate.

The Denver District Attorney’s Office did not file charges against the man in this case, and since he was not being charged with a crime, his name has not been released.

Extreme risk protection orders are orders that come from a court enabling police officers to confiscate the firearms of a specific individual. Gun control legislation has been introduced over the last few years as a response to numerous high-profile, public attacks by armed assailants, that seem to many to have been increasing in number over the last decade.

This legislation enables citizens to petition district courts for the removal of weapons from someone that citizen has a reasonable suspicion may be a danger to themselves, or to others.

There are restrictions in place regulating just who is eligible to petition for an ERBO against another person. Since these laws affect the constitutional rights of the person being targeted, courts have tried to put some protections in place in order to make sure the laws aren’t misused.

Law enforcement agencies are eligible to make requests, but non-law enforcement civilians must meet one of following criteria in order to request an ERBO:

Since the introduction of the law, many have complained that these qualifications are too broad, and that they provide for potential abuses of the law. For example, if an ex live-in girlfriend wanted to get revenge on their ex-partner by petitioning for an ERBO, they’d be able to file the petition as long as they had lived with the gun owner at some point over the last half year.

If you’ve been arrested and charged with domestic violence, it is important to fight these serious charges aggressively to protect your future. WIthout an attorney on your side, you may be unable to see your children, return to your home, or maintain your friendships.

Don’t delay in calling a knowledgeable Boulder criminal defense attorney from Mertes Law who can guide you through the process, looking out for your rights and your future along the way. Call us today at 303-440-0123, or fill out the contact form on this page.